Fish hatcheries are facilities that produce brood stock, eggs, larvae and finally fish for stocking into lakes, rivers and oceans. They exist in different shapes and sizes, but they all have the same goal: to help replenish dwindling stocks of fish.

There are two main types of hatcheries: public (owned by a government agency) or private (usually owned by a commercial company). They can also be classified into first and second generation hatchery facilities as well as freshwater and saltwater ones. The pros and cons depend on which type you look at.

What are fish hatcheries

Fish hatchery facilities are closed environments where fish eggs from wild populations of aquatic animals are hatched into juvenile forms for fish stocking purposes or as food sources for other animals such as pets or livestock.

The point of this type of hatchery system is that it helps restore ecosystems by replicating what happens in nature when conditions allow for healthy populations and communities of fish and wildlife species which are native to the area. What is the difference between fish hatcheries and fish farming

As the name suggests, a hatchery has the purpose of hatching fish eggs and fry of fish, usually as part of a stocking program, that would not be naturally produced.

Fish farming also takes place in an artificial setting but differs from fish hatchery operations because the goal is primarily breeding for food production while maintaining genetic diversity as secondary goals. This is more likely to have a negative impact on fish and wildlife, which is a big reason why aquaculture in general has recently received negative headlines.

The different types of fish hatcheries

There are many benefits associated with having a public hatchery close to home. Many towns rely heavily on fishing as their economy driver so when the local fishery is depleted they need assistance from outside sources such as municipalities who own general purpose fisheries run by state departments.

This type of fish hatchery is owned by a private company and has the goal of fish production for their own use or to sell. It is often combined with fish farming once the brood stock of salmon, rainbow trout or walleye fingerlings or whichever fish fry is needed to be used in the subsequent aquaculture reaches the necessary age for further production.

These produce eggs from female fishes that have been spawned in tanks with males. These eggs are then incubated and hatched into fry, which can be reared to maturity or sold as fingerlings. The major benefit of this type, also called intensive hatchery, is its low cost and water usage – but the cons include slower production rates than “second generation” systems (up to six months) and a high risk of disease outbreak because there’s no immediate need for water changes over time.

This type produces eggs by injecting sperm into females spawning on open-air lakes who have had milt flushed along their bodies, often using an air hose called a roe gun.” With second Generation hatcheries or extensive hatcheries, fish eggs are produced faster and with reduced risk of disease.

Another way to distinguish them is to differentiate between on the one hand freshwater hatcheries which include rainbow trout, brook trout and brown trout as well as eels and shad which live in rivers or streams with low salinity levels. This fish farm can produce up to two million pounds per year.

On the other hand, there are salt water nurseries or marine-based hatcheries that raise sea bass, codfish, flounder and snapper among others in tanks using salt water from ocean sources within their designated regions for each species they’re raising. These fish farms can have the capacity to produce hundreds of millions of pounds annually! Some of these also grow shrimp in tanks within their designated region using salinity levels from ocean sources for each species they’re raising.

You can also find salmonid nurseries which raise fish like salmon, steelhead trout and Chinook. These hatcheries typically have a capacity of up to two million pounds per year.

Finally there’s the small freshwater nursery type which raises rainbow trout and other types only found in freshwater streams or lakes with low salinity levels. They primarily produce less than one million pounds annually but this is usually enough to supply local markets as well as smaller restaurants and grocery stores throughout the country if needed. 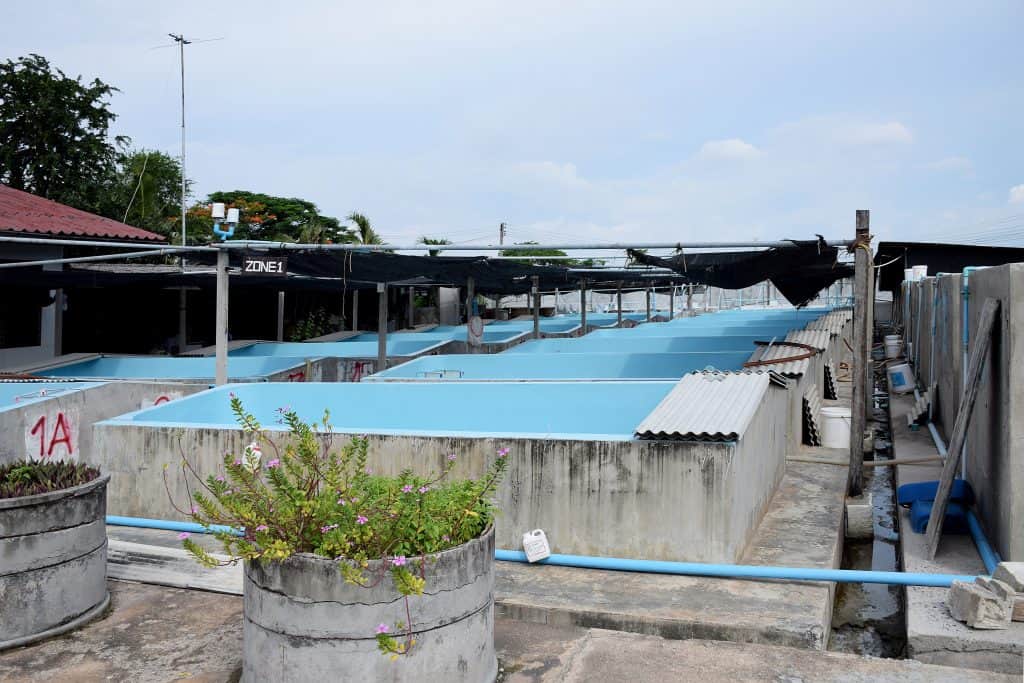 There are both pros and cons of fish stocking hatchery.

The pros of hatcheries

The cons of hatcheries

Some cons are specific to saltwater hatcheries:

There are also several cons specific to private hatchery production: In general, they are considered to be cost-effective. Hatchery staff who work on fish hatcheries are generally more highly trained than those who do not, though.

Generally, the cost of setting up a fish hatchery is offset by savings in costs for feed and stocking rates during their operation. Still, the need for a huge water supply, electricity and constant water temperatures leads to some higher costs for operation.

How much does it cost to build a fish hatchery?

The costs to build hatchery facilities depend on the size and type of the facility. A small-scale, low-cost hatchery can be built with a cost range from $31,000 to $38,500 (USD). Larger scale hatchery facilities may require around half a million dollars or even much higher amounts for planning and construction. A few examples include:

The Salmon Enhancement Group in British Columbia ($14 millions), Marine Harvest Canada’s New Brunswick Hatchery ($20 millions) or Gippsland Fish Farming Investments‘ Ocean Grove complex located near Melbourne Australia ($35 millions). The costs to build these types of larger facilities are based on an estimate that it takes up to 50% more energy input than smaller operations due to higher stocking densities and longer run-times.

Which fish species can you find in a hatchery?

Hatcheries can house many different species of fish. Some common ones are trout, black bass, and salmon. Colorado hatcheries alone account for over 30 fish species with e.g. walleye fry and walleye fingerlings being released by hatchery personnel into the waters. Check out their website for news and updates on the fish and wildlife production.

Can you eat lake trout from a hatchery

There are no known health risks associated with eating lake trout or other fish that have been raised on farms or hatcheries compared to fishing them fresh from lake ontario. However, if you’re allergic to shellfish then this food might not be safe for you to put on your menu and your immune system will likely react to these foods as well so beware of that particular risk factor before consuming these products!

Where in the United States can you find fish hatcheries

There are a total of 70 national fish hatcheries from the United States fish and wildlife service in every state and region with many giving the opportunity for interested anglers to experience hatchery production and offering information services on many fish and wildlife species habitat. The Return Fish Hatcheries Project built a salmon hatchery in 2013 that was able to produce 700,000 fish each year – which is now the largest self-sustaining feeder fish operation in Washington state, United States.

This shows you do not need an army corps of engineers and it is amazing to see individuals making it their mission to provide sustainable fish culture replenishment, making sure that there is enough fry of different fish species that can turn into adult fish. It is important to support these projects and the fish and wildlife service, which also offers additional information on these important topics.

What do you think about the hatchery system? Let us know in the comments!