Longline fishing is a type of commercial fishing. It involves catching fish by setting long lines with baited hooks in the water at a distance of 6 to 12 miles from shore, or the exclusive economic zone.

There are many problems associated with this type of fishery; they include overfishing and bycatch, as well as damage to marine habitats. Today we will explore what longline fishing is and some of its problems. What is the longline fishing method?

The long line method can be traced back to ancient times where fishermen would use large quantities of bait like squid, sardines or anchovies as well as other foodstuffs such as bread, cheese or nuts when they were setting their hooks for whatever they wanted to reel in.

Longline fishing is defined as an industrial fishing technique in which a long line, with baited hooks attached to the end of it are set out at distances up to 60 miles. The goal is for fish like tuna or swordfish to get caught by being hooked on these lines and pulled into boat waiting close by.

What is longline fishing gear?

Long line fishing gear is made up of a mainline, mostly with branch lines or gangions, with baited circle hooks attached to the end. The lines can vary in length depending on what species is being targeted, but are often 12-miles or more long.

Thus, these fisheries, which often use huge numbers of these lines with hundreds, if not thousands, of hooks each to hook and catch large quantities of fish over an area ranging from just a few square kilometres to as much as 200 km², can do so with this relatively simple gear.

What are drifting longlines?

Drifting longlines are longlines that are anchored along the water column on the ocean floor and suspended from buoys at the surface as opposed to longline vessels, which set the mainline with its branch lines, hooks and bait into the water. Why is longlining unsustainable?

Longlining is one of the most controversial methods used to catch fish because it can kill and inflict injury to non-targeted animals as well including sea turtles, whales, dolphins or sharks, while the target species might have been tuna instead. The same goes for other fish species, which end up as bycatch and sustain injury from the circle hooks.

One of the major issues with this type of fishing is that it not only captures all sorts of non-target species but also has an adverse impact on seabirds (such as albatross) that get hooked on the circle hooks and injured when they swoop down to catch fish from the surface.

The longline fishery has been declared illegal by many countries and organizations due to the significant amounts of bird mortality it causes, along with its negative impact on seabirds such as albatrosses, as well as other fish and marine species. Many of these measures are however restricted to e.g. just pelagic longlining and not the use of longlines overall.

What is being done about the problems with longline fisheries?

Efforts have been made throughout history to reduce these impacts through legislation or changes to fishing practices, but so far little progress has been achieved. One admirable effort from the country New Zealand was banning all types of commercial drift-net fishing after they found in the data that this type of netting killed more than 40% of sea turtles caught in nets during their research study (Sea Turtle Restoration Project).

How can you help?

There are several ways you can help protect the environment from longline fisheries:

Educating yourself of the issues associated with longline fishing is a great place to start. You will be able to educate others around you as well! Supporting organizations who work in this space through donations or volunteer hours is another way of contributing. And finally, if you eat seafood regularly, make sure that your purchase is sustainable – look for sustainability relevant labels (SeaChoice) when buying fish products at grocery stores.

You should also stay informed about what’s happening with fisheries by following local news networks for reports on how/if they are addressing ocean pollution issues and legislation updates regarding longlines; many countries have a site dedicated solely to international fisheries regulations such as ICES (International Council for Exploration of the Sea), which also offers access to this content on their pages. Longline fisheries are not sustainable because of the huge amount of bycatch they inadvertently produce. The modern long line fishery is responsible for catching and killing an enormous amount of bycatch that goes unreported because it’s thrown back into the ocean or used as bait to catch more desirable fish. This is a serious issue that has to be addressed and mitigated in order for longliners to continue operating, or else fish populations will deplete at unsustainable rates.

What do you think can be done to address this problem? Do you have any ideas about how we could work together with fishermen and scientists to come up with solutions so people can enjoy eating seafood while also protecting our oceans from damage? Share your thoughts below! 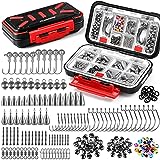 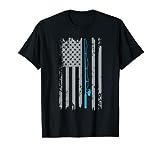