All anglers want to have a standout fishing experience. Unfortunately, though, not all fish are easy to catch, especially if you don’t have the proper knowledge to go with your fishing skills.

Pike, for example, could prove to be a tricky catch, so tangling with this giant fish may be a tricky endeavor. Keeping abreast of the techniques and best time for pike fishing, however, will hook you to an explosive yield.

What is the Best Time to Catch Pike?

The best time to catch pike boils down to water temperature plus a few other factors. Pike don’t love either hot or cold water and are seeking out most active in medium temperature waters.

This means, that the best time to catch pike is usually early mornings and late evenings, ideally in spring or fall, which give the added bonus of spawning season and plenty of baitfish swimming around.

Best Time of the Day to Fish for Pike

As a rule of thumb, pike love chasing their food in the weeds, specifically crayfish and minnows. Therefore, knowing their diet is one step closer to catching them, and this assures quality catch.

Aside from this, it is best to know the right timing for catching pike. They may evade your net and lure, but as long as you know what you’re doing, catching pike will be a cinch.

Go pike fishing early in the morning, anytime before sunrise. Pike feed actively in the wee hours. If you start off early, you could catch your fair share near the shore while they are busy feeding.

When the water temperature rises, pike become lazy and harder to catch. They usually head to deeper waters and weed beds, particularly on a hot day. So fishing for pike at this time may not always be a good idea.

Cooler nighttime temperature brings the pike back on the hunt again for their prey, making them an easy target once more. This time is actually ideal for a plentiful catch, same as in the morning.

Pike are formidable predators. Yet, for all their reputation, they are sensitive to water temperature changes. That’s why you should acquaint yourself with the best seasons for catching them.

Check out the dos and don’ts for fishing in the four seasons below. Heading into unknown fishing territory could be challenging, so preparing yourself will make things much easier.

There is no better season to hunt for pike than spring. These fish usually crowd the shallow areas with depths of 2 to 15 feet. This season is also the best time to catch trophy pike.

Now that the spawning season is over, pike are harder to come by since they feed less frequently. You may need to check in submerged leaves. Use simple bait and avoid light tackle so you can lure the fish out of the weeds.

Baitfish spawn in the autumn months, which makes it super easy to catch pike since they follow the movement of their prey. There is no perfect spinner for the job, so double-check your style before trying.

Colder waters make the pike too sluggish to be tempted by lures. You’ll see them in depths of 6 to 12 feet, particularly in areas favorable for attacking prey. Therefore, you should check inlets, margins, and hanging trees to be sure.

Everyone loves a good old-fashioned challenge, and what better option than fishing for pike? For aspiring anglers out there, know that pike are predators, and where the prey is, there they are.

Environmental elements play a significant role too, so if you keep these in mind, you might just land the catch of your lifetime. 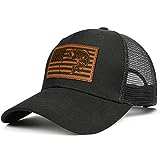 The Dogtooth
$1.99
Check Price on Amazon
Bestseller No. 3