Pike is a great fish for eating. It’s lean, tasty and can be prepared in many different ways because of its mild flavor. If you are wondering if it’s safe to eat pike or how to prepare it, this blog post will answer the question of whether you can eat pike!

Pike has long been considered trash fish because of its supposedly muddy river taste and somewhat slimy texture, but this post will show you why it shouldn’t be relegated the status of ‘trash’ any longer, not unlike tripletail actually. Moreover, there are many ways you can prepare your catch for cooking that makes them delicious. So if you’re thinking about fishing today don’t forget the ‘pikes!’ Contents hide
1 Facts about Pike
1.1 Where to find Pike
2 Can you eat Pike?
2.1 Are Pike minnows good to eat?
2.2 How long does Pike last once it it caught?
3 How does Pike taste?
4 Is it safe to eat Pike?
4.1 Omega 3 fatty acids in Pike
4.2 Is northern pike fish high in mercury?
4.3 Are Pike dangerous to humans?
5 How to clean Pike
6 How to fillet Pike
7 My favorite easy pike recipes
7.1 Is northern pike a sustainable fish to be eaten?
8 Some fishing tips for catching pike
9 Conclusion

Many years ago, in the early 1800s, Americans were not eating much of anything regarding diversity. It was an age where most people subsisted on a diet of vegetables and grains that they grew themselves or purchased in local markets, there was relatively little meat or fish to go around. Pike went by other names like “jackfish” at the time because it had such a bad smell when you caught them that no one would consider eating it!

Pike are the longest freshwater fish in America, which means the bigger ones can reach up to four feet long! The largest one caught by an American fisherman was just over 59 inches long – to put that in context, that is larger than some of the bears found in North America!

The Asian Pike Eel reaches an astonishing eight feet long, but doesn’t live anywhere near as close to our area.

Where to find Pike

Pike can be found in lakes and streams across North America. To find out where you are likely to fish for a lake or stream containing freshwater species of pikes (e.g., Northern Pike), an online search followed by consultation with state/provincial fishing regulations is advised.

Northern pike fish are also surprisingly easy to catch. One way is by using a fishing rod and reel, a line and some bait, all of which can be bought at any sporting good store for very little money. Can you eat Pike?

Pike is a lean, mild-flavored fish that can be prepared in many different ways. The white meat of the brown northern pike fish has low fat and high protein content as well as being an excellent source of vitamin B12. This makes pike an attractive option for people who are trying to live healthier or follow heart healthy diets by limiting consumption of fatty foods.

Pike fish does have relatively many bones in its flesh, though there are ways to remove them and cook it so they do not pose a problem.

Are Pike minnows good to eat?

Pike minnows are the most abundant fish in North America. They are good to eat, but they tend to be small and have high quantities of bones that make them difficult to clean before cooking. Or in other words, the flesh to bone ratio of this relatively smaller fish makes it just too much of a hassle for many people.

How long does Pike last once it it caught?

The amount of time a freshly caught pike will remain edible depends on how it has been kept from becoming spoiled. Pike that has been killed and kept refrigerated will last at least two days before it becomes unsafe to eat, but pike is best when eaten within 24 hours after catching because the fresh fish white meat starts to deteriorate quickly in warmer temperatures.

How does Pike taste?

It is difficult to put a finger on what flavors pike tastes like since they are so diverse. They range from mild and delicate, rich in texture but subtle in flavor, or strong with an earthy aftertaste. Given how healthy this fish is and how many different recipes there are, it is safe to say you should give it a try yourself!

Is it safe to eat Pike?

Northern pike are very oily, but high in protein- One ounce has 11 grams of fat and 20 grams of carbs as well as 29 calories per serving.

The pike’s natural diet consists primarily of minnows and other small fish which are lower on the food chain than larger ocean dwelling species like salmon. This means that there will be significantly fewer toxins present in a typical serving size of pike compared with some types of seafood such as bass.

Pike also contain high levels of omega-three fatty acids which helps prevent heart disease so you don’t need to feel guilty about eating one! Plus there’s always some healthy carbs in every meal, making for good eating when you turn northern pike into a dish.

Since Pike is a freshwater fish, you don’t have to worry about the levels of mercury as much. It’s actually quite popular among those who want to avoid mercury found in other types of seafood such as shrimp, tuna and mackerel. In addition, unlike some ocean dwelling species like salmon which may contain higher levels of polychlorinated biphenyls (PCBs) – chemicals manufactured mostly before 1979 that have been shown to cause cancer – Pike is generally free of PCBs.

Are Pike dangerous to humans?

Pike aren’t dangerous to humans, but they sure can bite and have sharp teeth. There have been many cases of people getting bit by a pike because they were caught and not released quickly.

How to clean Pike

Northern pike are known to be one of the ‘cleaner’ fish because they don’t have any scales or fins that can trap bacteria! That being said, northern pike should still definitely be cleaned before being made into fillets and cooked. The good news is, cleaning a pike fish is not complicated.

The first step in cleaning a pike includes removing the head, which can be done by cutting from behind the gills towards the mouth and pulling upwards on it with an overhand grip. It’s recommended for people who don’t like sharp fish scales or bones poking them while they eat to remove these parts beforehand if possible before cooking your meal and adding sauces such as tartar sauce, hot mustard sauce or even just lemon juice.

Afterwards, rinse any loose dirt away from inside of the body cavity. Next, go ahead and rinse the fish meat.

The final step in cleaning your catch involves gutting them. The guts are in the stomach, so it’s best if you remove the stomach before you cook it. To do this, cut around the pike’s belly from behind where his gills are to a point just before his tail. Then pull out the guts and throw them away.

Remember to start by slicing from behind their gills and making an incision all the way down to just before where their spine meets their tail. If you do this properly, carefully using a good, sharp knife you will see how easy it is and can continue to make fillets and finally a tasty dish for the whole family.

How to fillet Pike

To make pike fillets, start by removing the skin. This can be done with your hands or pliers if you have a stubborn piece left over. Next, carefully cut off its head and tail as well as any fins that remain on it with a sharp knife, if you haven’t done so yet.

Remove all of the meat in one large slab from one side of their body to the other revealing their spine and hopefully most or all of the bones- this will give you two fillets that are roughly equal in size when they’re laid out flat next to each other which is helpful for cooking evenly sized fillet pieces at once so there’s no need to flip them during roasting (or grilling). If you prefer, you can also cut the fillet in half or in strips with a knife now.

To properly remove smaller bones, use needle nose pliers or simply pinch the bones between your thumb and forefinger before pulling up. At this point, rinse under cold water and pat dry. You’re now ready to cook your fish fillet! Northern pike is great for beginners because they are very forgiving when it comes to cooking, so you can’t really go wrong with what type of heat or seasoning you use on a pike. There are a wide variety of ways to prepare pike that will make them delicious.

You can cook and eat the northern pike fish in any way that you would like it: be it baking or roasting it, fry in a pan, or grilled with your favorite condiments. You could also try making ceviche out of them! There are tons of posts with a recipe for fresh northern pike fish fillets.

To start, you can grill the fish until it is crispy on the outside and soft on the inside or cook Pike en papillote where they are wrapped in parchment paper with ingredients like a cup of butter, half an onion, herbs, garlic and shrimp so they steam delicately.

Pike are also an excellent source of protein. They can be cooked in a variety of ways, but the most popular way would have to be pan-frying or boiling it until its skin is crisp and then dipping it into either flour, bread crumbs with herbs mixed in for deep fry purposes, or eggs that are lightly seasoned with salt and pepper before they’re dunked back into the egg wash again before being fried up.

Pike can also be made into casseroles, breaded with cornmeal for deep frying, baked whole with stuffing inside, smoked or grilled to make delicious smoky flavour.

Still, in my view the best method is by grilling and just adding oil or butter, lemon and pepper and salt, because it imparts a nice char on the skin that retains some of their natural flavor and makes them taste great just like that. Fried rice can be served with it or just some grilled vegetables like onion and bell pepper and especially in summer, an ice cold beer goes great with it!

Is northern pike a sustainable fish to be eaten?

Northern pike are a relatively sustainable fish to be eaten. Overfishing in the past has made many of these species threatened and endangered, but there’s still plenty around for consumption and their populations seem to be stable because they’re not being harvested as much as some other types of fish like walleye, that are more popular for many people to catch, cook and put on menus.

Some fishing tips for catching pike

If you’re looking for a fish that is both healthy and delicious, look no further than the northern pike. This freshwater fish has been around since before dinosaurs roamed the earth, so it must be doing something right! With its mild taste and firm texture, this plentiful brown fish can add variety to your diet without adding too many calories or fat. The next time you go fishing – take home some fresh-caught northern pike!

Finally, make sure to check out our related posts: 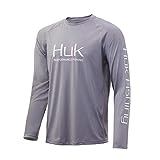